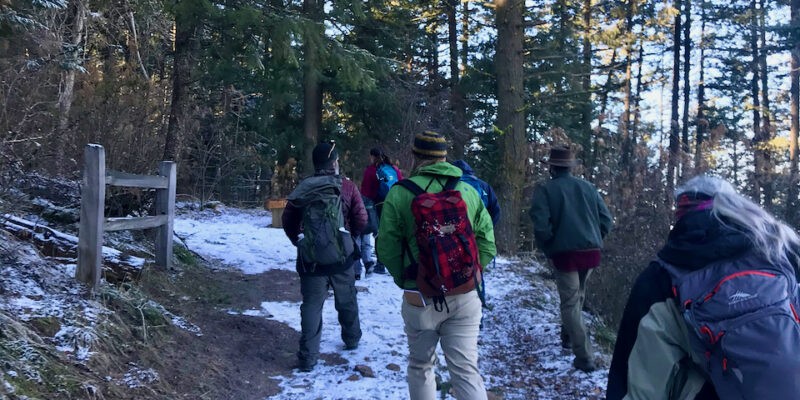 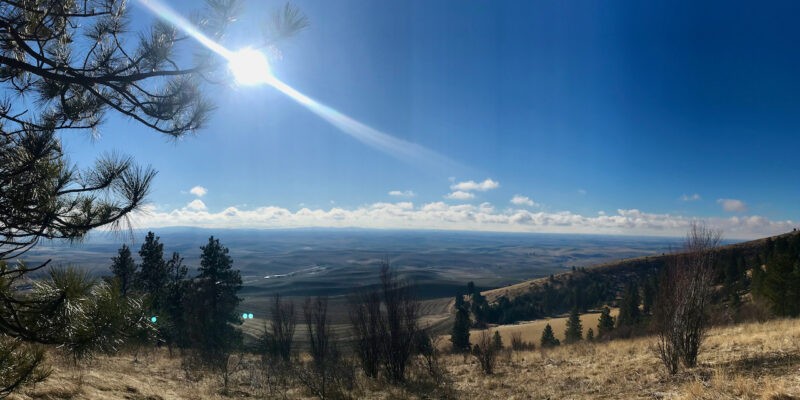 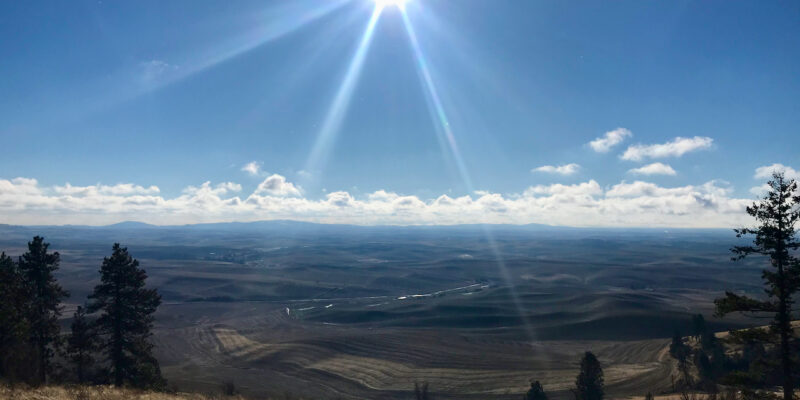 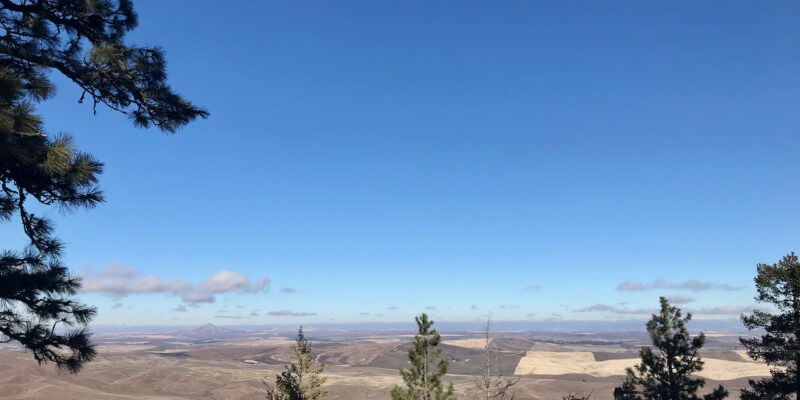 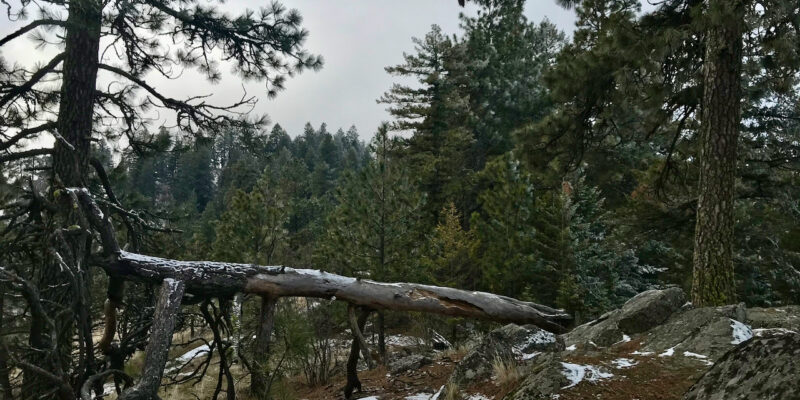 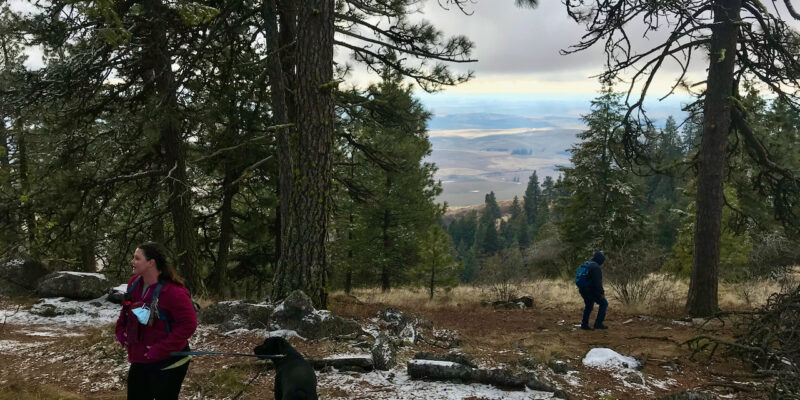 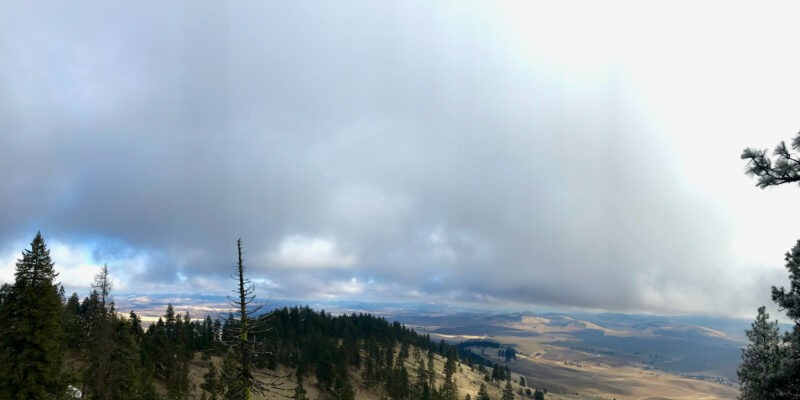 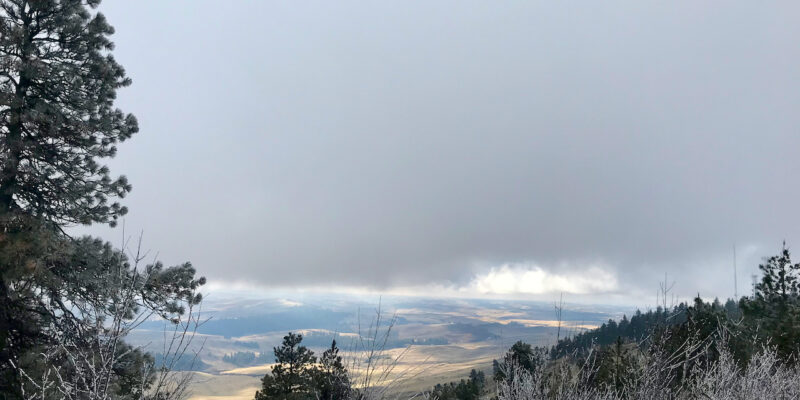 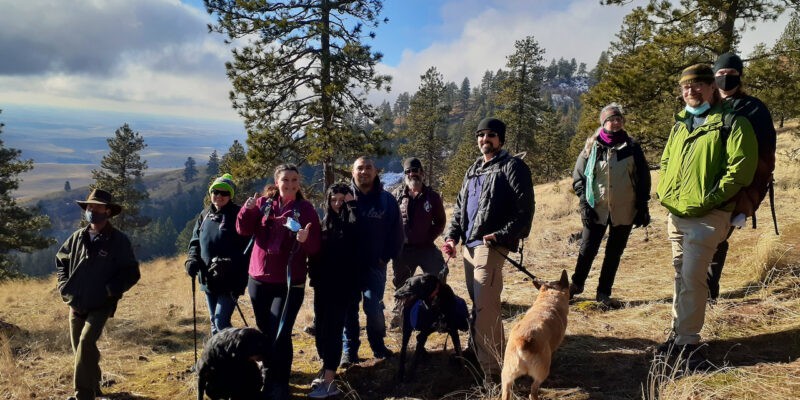 The low winter sun cast the North side of Kamiak Butte in cold shadow as we gathered in the parking lot. We were excited, anticipating a good turn out based on our last hike and the activity on Facebook around the event.

Nikki DeLaCruz planned the hike for her Palouse Sauntering and Hiking Adventurers group and she gave The Clearwater Trekkers permission to create and share the event. It’s been fun seeing news of our hikes getting into the paper and to see Facebook suggesting our club to other hikers. Today, we even had Erik Barker and August Frank from the Lewiston Tribune on trail with us to tell our story. They did a great write-up for us called, “A View to a Chill.”

We waited around till about 10 after the hour, then Nikki led the way up the Pine Ridge Trail switchbacks. There was ice in spots on the trail, lightly covered by a dusting of snow, but for the most part, the footing was good. The trail was wide, well maintained, and well used. Dogs are allowed on leashes throughout the park, except for the new West End Primitive Trail. They also provide doggy bags at the head of the trail and a dog waste trashcan.

While these aren’t the most fun aspects of hiking certain trails, following these guidelines makes it possible for more of us to bring our four-legged friends out and enjoy a clean trail.

We marched our way up the Pine Ridge Trail through the shadow of the looming trees, getting aquatinted and settling into our pace. When we crested the ridge, the sun hit us warm in the face, and so did the chill wind. But the sky was clear and bright, and the sweeping view of the rolling Palouse fields stretched out before us all the way to Moscow Mountain. It was fun getting our bearings from such a wide perspective. Kamiak Butte stands about 1,000 feet above the Palouse, reaching a height of 3,641 feet at its summit. This 298-acre County Park is a favorite recreation area since it’s only 5 miles from the town of Palouse, WA out along Highway 27. It’s 13 miles equally from Pullman to the south and Colfax to the west. Along with the three main trails, the park also offers some smaller loop trails around a small playground. There are even 8 campsites available on a first-come-first-serve basis.

We followed the ridge westward towards the summit, pausing to take panoramic photos along the way. Our friends from the LCV Hikers met us along the way, so we took a group photo with all of us together. The Summit Spur Trail was covered in ice, so the going was slow and careful, but we made it with only a couple of minor slips. At the top, Rodo told us all about NASA’s satellite station we could see in the distance and how they were communicating with aliens. It definitely explained why Nikki and Rodo spend so much time on the Butte!

The day had started out bright and clear, but by the time we reached the summit, a dense cloud cover had rolled in. Once we were properly chilled by the summit winds, we retraced our steps back to the parking lot. We opted out of taking the Backside Trail based on advise we received to avoid the ice and cold. Altogether, we spent about 2 and a half hours exploring the Butte. The parking lot was still in shadow, so farewells were brisk but cheerful.

This was a fun hike with beautiful views, and I’m looking forward to the next time we all get together again. 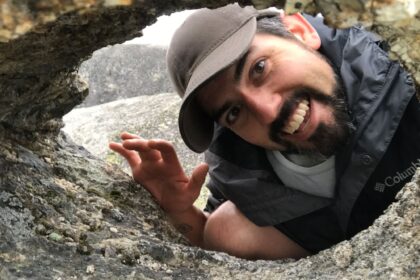 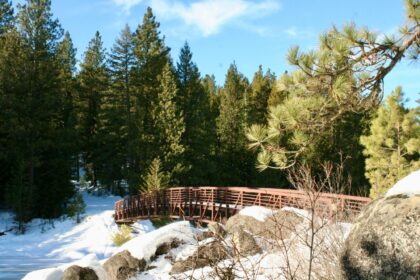 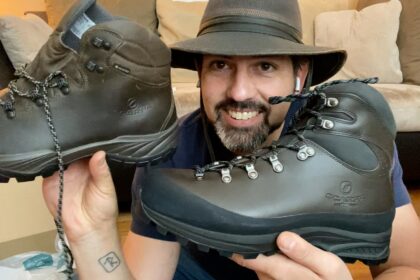 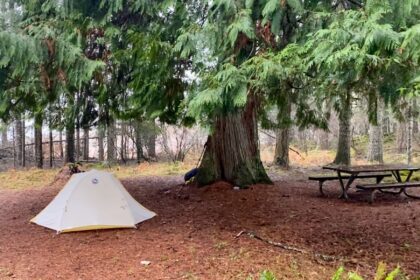 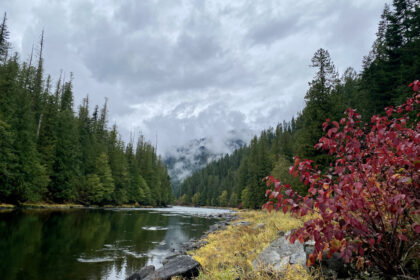 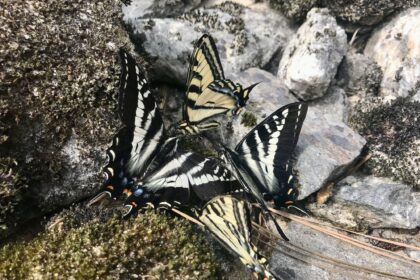